Plenty of behaviors mark cats out as puzzling pets, from batting things off the table for no apparent reason, deliberately squeezing themselves into incredibly tight spaces, and using your laptop as a bed. You’ve also probably noticed if they find a Q-tip, or even more gross, a clump of earwax, they’ll begin devouring it!

What is it about earwax that cats are attracted to? There are several reasons, and this article will detail each of them.

So why do cats like earwax? Earwax is nutritious for cats and it’s the scent of proteins that they are drawn towards. Also, cats may be cleaning you or marking their territory when they lick earwax off you in the same way they groom themselves.

Let’s look a little closer at some explanations for this odd (and decidedly gross) phenomenon.

The earwax we produce contains animal proteins called antimicrobial peptides. Scientists have, in fact, identified 10 of these in human earwax. These animal protein types also exist in cat food as byproducts and from meats that cats eat, such as fish, beef, and chicken.

Because cats – like humans – have an intrinsic way of knowing what is nutritious for them, earwax fills this particular need for them nicely.

However, that doesn’t explain how cats can stand the taste of earwax. After all, I don’t know about you, but I suspect earwax would be somewhere near the bottom of a pretty grim list marked “Potential Condiments” if I were ever stranded alone a desert island.

Cats have a considerably keener sense of smell than humans, with our feline friends clocking up 200 million scent receptors to our paltry five million.

Not only that, but, in the roof of their mouths, cats have a vomeral nasal organ (which acts as a second nose), adding to their incredible ability to pick out scents we can’t. Because of this, cats are more than capable of detecting the animal proteins in earwax through their sense of smell.

Not only that, but your personal earwax has a smell cats can pick out that is unique to you, adding a layer of comfort for a cat in the way that they enjoy the smells of clothing and other items that carry their owners’ scent. 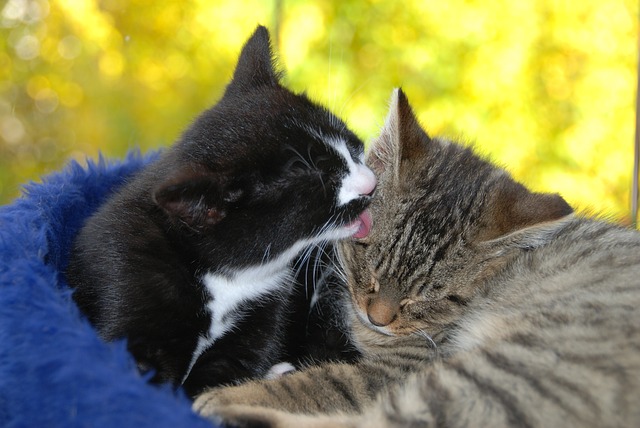 On the other hand, cats have only 500 taste buds compared with our 10,000. Because of this, they have less discerning palates than us, so they can happily consume a blob of earwax without the taste putting them off.

When this dulled sense of taste is combined with a heightened sense of smell, cats find earwax irresistible as they can pick out the scents of the animal proteins they’re so familiar with, while not being put off by the taste.

However, is there something else at play here, too? It seems likely.

The Habit Of Grooming

There are many reasons why cats groom themselves, including preventing predators from tracing their scent and keeping their skin and coats healthy by removing any debris (such as dead skin, ticks, and fleas).

However, they also groom other cats and even humans. They do this to keep fellow felines- and you – healthy too and mark out their territory. Yes, that’s right – if your cat licks you, she’s doing it partly to mark you out as her own.

So, if your cat begins licking your ears (or wherever else earwax is present on you), it’s likely she’s doing it partly to rid you of the debris of earwax and partly to leave her saliva on your to claim ownership.

We now know that earwax is nutritious for cats and that the taste doesn’t put them off. We also know that cats will lick earwax to claim ownership of you and help keep you healthy. So, not gross at all, right? Er, right?! OK, maybe that’s something you’ll never be fully convinced of.

The good news is this previously baffling habit actually has a perfectly logical explanation, and it’s a completely safe and natural thing for a cat to do.

The bad news? I can guarantee you’ll never be able to see a Q-tip and your cat in the same room again without suspecting a big – and still decidedly gross – ulterior motive.

If you want to know some other things cats go crazy over, check out our article on why cats like catnip.