Valerian as a natural sedative, has a very soothing effect on humans, but for cats has quite the opposite effect causing intense arousal, hallucinations, inappropriate behavior. Usually, after 10-15 minutes of such euphoria, the cat will sink into a deep sleep.

Cats are fascinated by valerian. This is not due to their botanical curiosity, but to chemical compounds, valeric acid derivatives, which have a pheromone action on cats, which literally puts them in a trance state.

The cat’s sense of smell detects the smell of valerian essential oil very similar to the smell of cat urine, or the one that emits females when shown sexual interests. A cat is thus given a sexual stimulus, similar to when it senses pheromones in the air.

The duration of this stimulus is approximately 10 minutes. Some cats do not respond to this plant at all, while others absolutely adore the scent of valerian!

In most cases, valerian has an effect only on the male half of domestic cats. Female cats often completely ignore their odor. Some cats with a few drops of this fluid may become particularly aggressive and uncontrollable.

If you see signs of aggression such as growling, hissing, or laying of the ears back on the head, withdraw and allow your cat to return to normal without interacting with him.

Valerian has been found to cause addiction in cats, and with each subsequent use of valerian, it will need increasing amounts.

When the euphoria ends, there is a decrease in strength and lethargy and the cat finally calms down and usually falls asleep. The dream is very strong and can last quite a while. 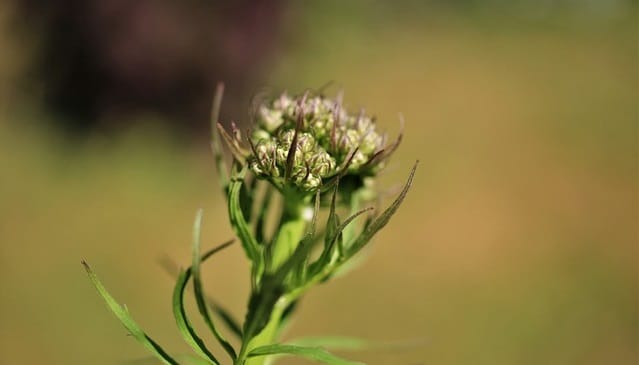 Too Much Valerian Leads to Overdose

Symptoms of overdose: loss of coordination, distension, movement coordination is very disturbed, convulsions, foam from the mouth, hallucinations. It is urgent to call a veterinarian or take your pet to a veterinary clinic.

So you should not give your pet access to this plant, it is better to replace valerian with a toy stuffed with cat grass that is not harmful to cats.

Every cat owner should know that valerian should not be given to a pet without first consulting a veterinarian.

Can I Give a Cat Valerian for Stress Relief?

Modern veterinarians are convinced that for cats, valerian is a powerful dissociative that significantly impairs the perception of visual and sound images. Marijuana has a similar effect on a person.

This opinion is further substantiated by the fact that, under the influence of valer, cats often attack invisible enemies, hide from imaginary pursuers, or capture nonexistent prey. Cats in this condition react sharply to outside sounds and may fall into unnecessary panic.

The safe dosage of valerian tincture for cats can only be determined by your veterinarian.

In some cases, valerian can be good for the cat. It is important not to overdo the dose. A few drops can be diluted in a small amount of water and given as a drink to increase the vital activity of the animal (for example, if a cat eats poorly, it is inactive and too passive)

It may be useful in small doses of valerian in the treatment of the gastrointestinal tract as well as in the treatment of neural diseases. Valerian droplets are thought to be beneficial for the cat’s thyroid gland and normalize its operation, but such treatment requires mandatory vet involvement. Only he can make the right decision

Cat owners often wonder if cats can give Valerian tablets or tinctures. Valerian tablets are more powerful and therefore can be more dangerous than tinctures. The reason is that the chemical composition of the tablet is very different from the droplets.

One tablet contains only a quarter of valerian and all the rest are synthetic excipients that can cause an allergic reaction.

The valerian tincture is no less dangerous as it contains ethyl alcohol, which introduces the cat to a state of intoxication, causing addiction. There is no enzyme in the cat’s body that breaks down alcohol. With regular use of tincture, alcohol destroys the liver of an animal, and ulcers appear in the stomach.

If your cats sometimes suffer from stress and boredom it’s essential to create an enrichment plan that keeps them engaged, practicing their hunting behavior, and moving around. Valerian for sure is not the right stimulus.

Be careful and protect your cat’s health from stupid experiments. Inappropriate fun can end very tragically – with death. After all, your pet is a living being who fully and completely trusts you and loves you infinitely. Always keep that in mind.