Shiba Inu belongs to a group of six purebred breeds of dog from Japan, which has been around since ancient times and it’s still grown today. This little cute dog is a great hunter although today it’s mostly used as a home pet and in dogs show. Since the end of the last century, the popularity of these dogs has been increasing.

The History and Origin of Breed

This is the oldest Japanese breed of dogs and also one of the smallest. They were used as hunting dogs. They hunted birds and small poultry while they were rarely used to hunt large game.

By the start of World War II, they were mostly spread across Asia, and then almost the extermination of the race occurred. However, many adherents continued to raise this breed, and in those years they were crossed with other breeds.

They made it to preserve a race although it varies distinct from the original specimens, but still contained the same temperament. In the 20th century, they spread to America and were officially recognized in 1993. 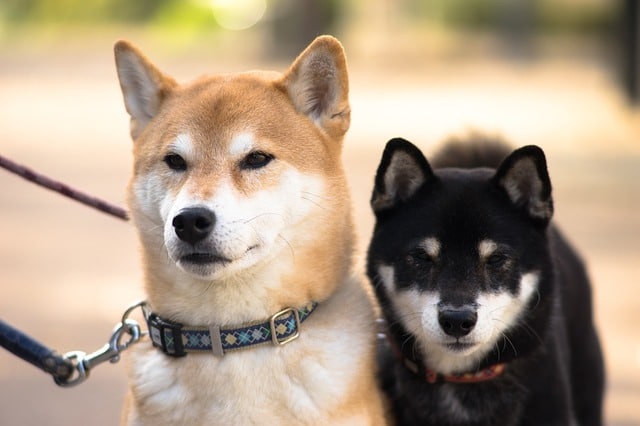 They belong to a group of small dogs and are very compact. Their heads are extremely broad with a pointed muzzle, their noses are dark in color, eyes are small and mostly dark in color.

The ears are triangular in shape and are worn upright, the neck is small and muscular, and the body is very strongly housed on straight and strong legs. The back is short and strong, the chest is wide and the tail is extremely lush, curved above the backline.

The body is covered with very strong and supple skin, and their covering hair is short, coarse, and very thick. The undercoat is very thin and waterproof. Although they occur in multiple colors, their hair color is usually red or red-black.

These dogs feature a high dose of independence, are extremely brave and highly intelligent. They belong to the purest breeds of dogs, loyal to their owner. They are adapted to live in the city, have a developed intuition, and are very lively.

They will not hesitate to go into combat with a greater animal, and they can also be great keepers. They’re extremely entertaining and will enjoy playing with all family members. They are of a calm temperament and will fit perfectly with slightly smaller children.

They are restrained and will not easily accept everyone into their society, and if you want to keep them with other dogs or animals, early socialization is necessary. 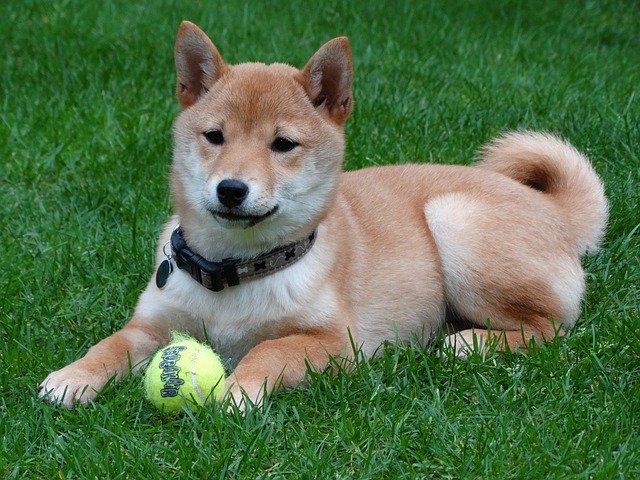 They can also live outside but you must provide them a warm and comfortable accommodation. As they’re very clean you can keep them in the apartment, but be careful because they need a lot of physical activities that cannot be satisfied with a simple walk on a leash. In addition, they will need some training or energetic play.

You will not have problems with hygiene because they’re extremely clean dogs, it’s necessary to brush them two to three times a week, and somewhat more frequently during shedding periods. Grooming is minimal for the Shiba Inu, though he does shed heavily twice a year.

They clean themselves like cats, and they adore water and bathing so you can bathe them often because it will be nice for your dog.

They are in Good Health

Shiba Inu is a very healthy breed that not only has no genetic diseases but also has an extremely strong and resistant organism that allows them to almost never get sick. Not a single disease has been observed that often affects the race, and sometimes due to high hyperactivity, they can scratch the knee.

As they’re extremely intelligent and independent they should have no problems with dressage or socialization. If you want your dog to live in a community with other animals or dogs then adequate socialization from the earliest period is necessary in order not to be too restrained towards long animals and to learn to play with them.

It’s important that you socialize them properly as they can show signs of aggression against other breeds of dogs.

As for dressage, they’re quick to remember and you’ll have no problem teaching them everything you want, but know that this race has no innate obedience habits, so they need a lot of dressage to learn everything. They have an inherent flair for hunting that can often interfere with their training, so keep an eye on how and where you train them.

It’s your choice to feed your dog, but it’s good to know that although many recommend industrially prepared foods, there are a number of manufacturers who market very poor quality foods packed with preservatives. That is why it’s very important that you inquire well before buying granules or any other type of industrial food.

If you have decided to make food for your dog on your own, do not give him your leftover food or food that you’ll not eat, but take a few minutes to prepare a tasty and quality meal for your dog.

Shiba Inu are not picky and will adore fish, milk, rice, vegetables, and meat. Do not feed your dog with chocolate and other sweets, avocados, garlic, and pork liver.

Some of the “benefits” of this breed are that they rarely bark, barking is generally released only when they feel a real danger, their smell is very weak compared to other breeds, and the hair does not require too much care. They show great caution to strangers, so they also prove to be excellent keepers.

Shiba Inu love their family and show that affection on a regular basis. They are also very comfortable around children. One of the disadvantages is that they have a very pronounced urge to hunt, so when staying outdoors you need to watch out for that hunting instinct that can bring them into conflict with to other smaller animals.