Most people have a fear of Pit Bulls, but it’s largely due to prejudice and misrepresentation of this dog in public. The truth is, Pit bulls are a beautiful natured dog breed that are known to be gentle around children.

On the other hand, irresponsible owners are also taking the blame for the bad reputation of this dog. In any case, I’ll try to debunk the existing Pit bull facts and myths.

Pit Bull is a “Biting” Breed

It’s a myth. According to the results of the temperance test conducted in 2012, 86.8 percent of Pit Bulls perfectly passed the tests of socialization, aggression, stability, sociability. By comparison, 85.2 percent of Golden Retrievers and 80.1 percent of Scottish Sheepdogs had positive results during the survey.

It’s also a myth that was “debunked” by the American Veterinary Association by research that confirmed that no breed attacks more often than others. The degree of aggression depends solely on the individual preference of the dog and its upbringing.

According to Dr. I. Ler Brisbin of the University of Georgia, who is an expert in training, behavior, and anatomy of this breed, several studies on the structure of the skull and tooth Pit Bulls have shown that they are no different from the anatomy of other races. They have the usual structure of the jaw (bone, tooth, muscle), so there is no reason to believe that their jaw will be “locked” while another dog will not.

Pit Bulls “Turn on their Owners” and Snap Without Warning

Neurologically healthy dogs never attack without reason, and rarely without warning. All dogs are vulnerable to being misunderstood by us humans – we communicate in vastly different ways.

We usually interpret a wagging tail as a sign of friendliness, but a stiff, slow wag can indicate insecurity – a warning to stay away. Flattened ears, “whale eye,” yawning, and tongue-flicking are all subtle signs that fearful dogs show when they feel uncomfortable. When people inadvertently ignore these signs, the dog may feel they have no choice – and must bite to avoid an uncomfortable situation.

Never, ever punish your dog for growling. Growling is a normal, acceptable way for dogs to warn us – without it, they might skip the warning signs and bite. 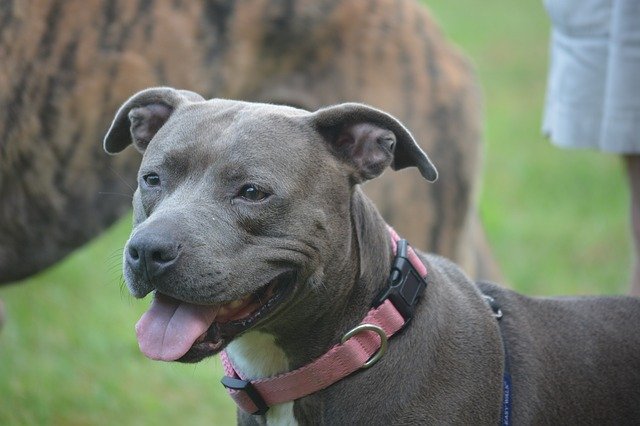 Some Interesting Facts about this Dog

These are the Most Commonly Abused Dogs

According to the US Humane Society, Pit Bulls have been the most frequently abused dog in recent years. As many as 70 percent of them are euthanized in urban asylums just because they belong to that race.

They Used to be “Nannies”

Since 1900, dogs of this breed have been known as “nannies” for being tolerant, caring, and gentle with children. This is confirmed by children’s cinematography as well as literature.

They are known to love their family members of all ages, but only with supervision and training (of both children and dogs). No dog should be unattended with small children or expected to tolerate tail-pulling, ear-grabbing, and other abuse from toddlers.

Pit Bull is Not a Breed

Pit Bull is not a breed but a common name for American Pit Bull terriers, staff, bull terriers, and bulldogs.

Pit Bull Bite in the Media

Pit Bull bites draw much more media attention than any other dog. During a four-day journalistic survey, it was concluded that each of the three fatal dog attacks that were not by Pit bulls was mentioned only once, while the attack of this dog would be mentioned 230 times in local as well as international media.

Pit Bull is a Common Name for Three Breeds

The Pit Bull has the Strongest Jaw Clamp

As an extremely strong breed, Pit Bulls also have an incredibly strong jaw grip of 900 kg / cm2. Here is a comparison between a Pit Bull, Rottweiler, and a German Sheppard:

During World War I, the Pit Bull was a mascot of American soldiers who identified themselves with this breed courage. However, in addition to being a mascot, they also took an active part and are the most awarded breed! Stubby, who saved the entire platoon from the gas attack, pulled out one by one and captured the German spy. During the war, Stubby, who received the rank of sergeant, was wounded twice and spent his retirement in the White House after the war.

They are known for Their Heroic Deeds

Stubby isn’t the only pit bull we can call a hero. Weela, a Pit Bull female, saved 32 people, 29 dogs, three horses, and one cat during her life. Popsicle, as a five-month-old dog, was found almost frozen in the fridge to later become one of the most famous police dogs, thanks to which, on one occasion, a shipment of $ 130 million worth of cocaine was discovered! Norton rescued its owner who would die from a dangerous allergic reaction to the spider bite, while D-Boy protected his family with his body and received three bullets from the burglar! 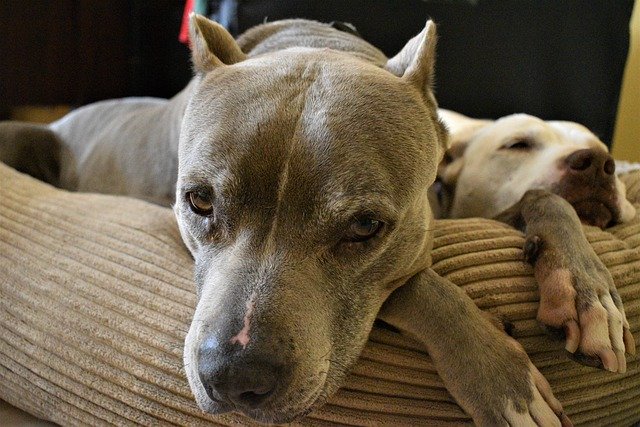 The Truth about Pit Bulls

ASPCA.org, the world’s most famous animal welfare organization, describes in its ‘truth about Pit Bulls’ how the breed destined to help humans become the most hated in the world and synonymous with danger.

Pit Bull ancestors came from England and were brought to North America by English settlers.

Historians believe that these are powerful dogs that helped humans to hunt large game animals and guard and control livestock. Unfortunately, they were used in fights in which dogs opposed bulls, bears, and other large wild animals.

In the early 19th century, such fighting was banned in England. Unfortunately, a new bloody sport was born – fights in which dogs fought each other.

Desiring to create dogs that are as strong as a bulldog but much lighter and more agile, the individuals cross bulldog with the terriers and thus create the first ‘Pit Bulls’. The result of the cross is a dog that embodies all the qualities of a great fighter: strong, fearless, and affectionate to his fellow humans.

They are used as dogs for various types of sports activities such as agility, flyball, ‘Frisbee dogs’, but they do equally well in obedience competitions. In short, it’s a versatile working dog that requires a lot of activity. 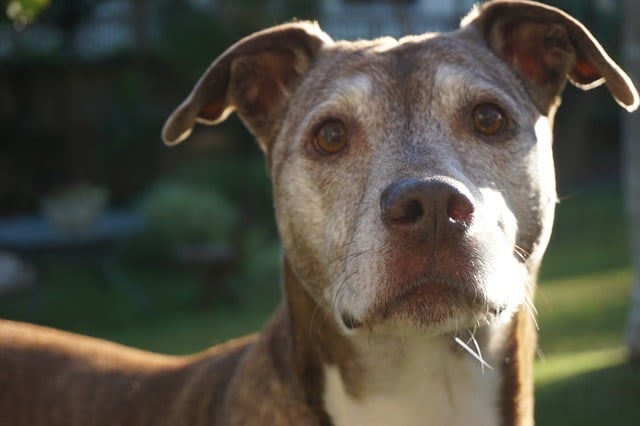 Why is a Pit Bull a ‘Dangerous Breed’?

Each breed is created for a specific purpose, but in addition to breed predispositions (appearance and temperament), each dog has its own personality. Some are aggressive and some are timid. Some are sociable and some like to stay away.

The same goes for Pit Bulls who, as a breed, have the genetic predisposition to be combative. This is not to say that there are no gentle and peaceful Pit Bulls that get along well with other dogs and other pets, but also humans.

This type of dog is ready to do anything for its owner and give his own life if necessary. However, the same love makes them susceptible to manipulation.

It’s up to people, specifically owners, to prevent their dogs from aggressively treating anyone with early socialization.

That is why dogs are recommended as long as the puppies are familiar with other dogs that they will perceive positively.

Aspca.org as the behavior of a well-socialized dog, cites quotes as an example of a dog quarrel that has developed into conflict. Most socialized dogs will continue to play with other dogs afterward. A dog who, as a puppy, did not socialize with other dogs or socialize too little after confrontation with one dog, can ‘freeze’ everyone else and show them fear accompanied by aggressive behavior.

In addition to dogs and other pets, dogs should be informed as soon as possible about other situations they will encounter in urban areas. 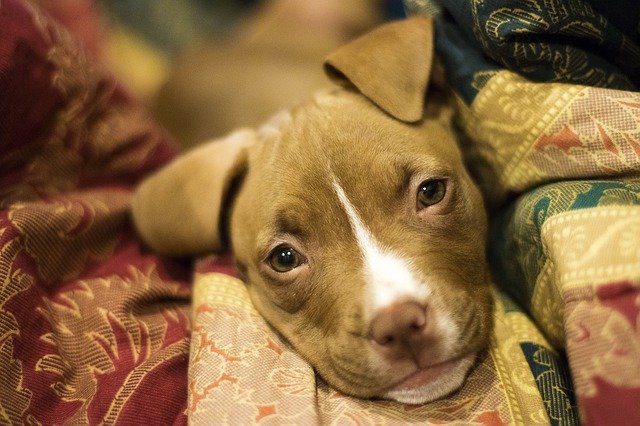 Is a Pit Bull the Dog for you?

Nothing could be further from the truth. Misinformation and fear triggered by the actions of fewer dogs owned by criminally negligent people have caused laws to be passed against this race in many cities and countries around the world.

As the owner of an American Pit Bull Terrier, you need to be aware that you will meet angry and hostile people who are ill-informed about this wonderful dog. This is not a race for everyone, especially for those who are not willing to invest time in training and socialization, and who cannot or will not provide them with consistent firm guidelines.

Stable, energetic, and tolerant, they are idealistic companions. As with any dog ​​of any size and breed, children in their vicinity should not be left unattended.

These dogs are extremely intelligent and learn all the commands and tricks with ease. They have the joy to live with and love to be involved in all the happenings around them. American Pit Bulls maintains a fondness for adulthood, which is a real joy to live with. 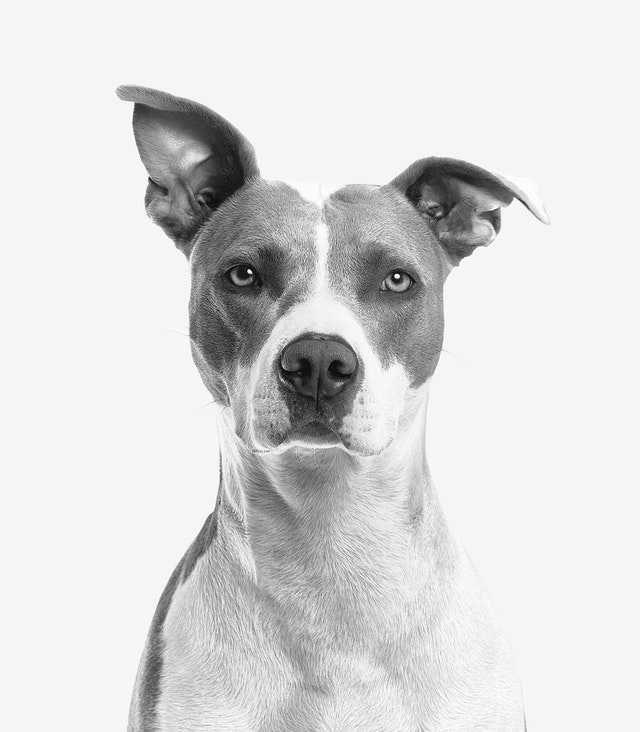 It’s recommended to enroll the dog in a school where will learn basic obedience exercises. The owner will learn how to communicate and work with the dog. It’s important to use only positive methods that do not use physical force because although they may look dangerous from the outside, many ‘dangerous dogs’ are actually very sensitive.

After mastering the basics of obedience, Pit Bulls need a lot of exercise every day for the body that is athletically built and is recommended for recreational athletes who need a running and cycling partner and can be used to participate in agility or some other dog discipline.

In addition to the physical activity, Pit Bulls need a lot of exercise for the brain, such as searching for hidden objects.

Ignorance or lack of time is no excuse because getting into the hands of irresponsible owners can make any dog ​​dangerous. For breeds like Pit Bulls, mistakes are expensive.

Unfortunately, most breeds, including Pit Bulls, are purchased primarily for their appearance. Their character is ignored, and the character and needs of this breed are such that the owner must not allow anything to go wrong.

Given their genetic predispositions, the size and strength of the bite that most breeds that conflict with Pit Bulls will end tragically – with serious injuries. Pit Bull, guilty or not, will end up on the bench. Because it’s a breed that is banned or subject to special rules in most countries, this often means the worst – euthanasia of the dog.

Once you get to know this breed, you’ll wonder how you could ever live without them!