German Shepherds are well known for many different characteristics, one of them being their big ears. Whether you are new to owning a German Shepherd or just curious about them, this article is for you. Below we will be going over the most common questions people ask about German Shepherd Ears.

If you do nothing to your puppy’s ears there is a chance due to genetics that they will become floppy as an adult. There are ways such as taping that you can prevent your German Shepherd from having ears that are down. Below we go more in-depth about taping. 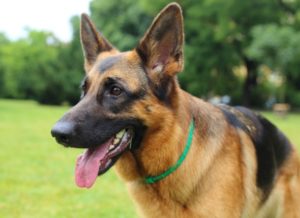 When Do German Shepherd Ears Stand or Perk Up?

It’s best to not panic about your puppy’s ears early on but if you are too concerned you should always talk to your Vet about different options available to make sure you get their ears to perk up eventually.

Do Some German Shepherds Have Floppy Ears?

Yes, although rare some German Shepherds will have floppy ears. It is usually due to the ears being too heavy for the cartilage in the ears to hold up naturally. This occurs when breeders overbreed them with bigger eared dogs trying to make the ears stand out. Unfortunately, it can cause some German Shepherds to have too large of ears resulting in floppy ears that never stand up. 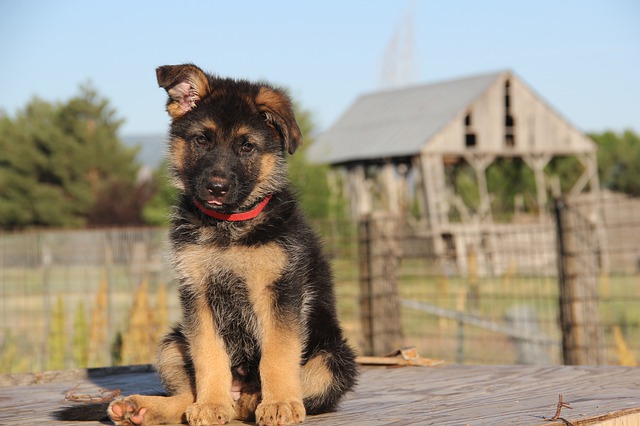 Doesn’t mean that there is anything physically wrong with your German Shepherd, but you won’t be able to show or probably breed them for money. Other than that there are no issues.

The best treatment for ear infections in German Shepherds is antibiotics which work most of the time. It should help reduce symptoms in a few days and cure the ear infection in less than 2 weeks. Routine ear cleaning can help prevent ear infections as well.

Ear mites, also are known as Otodectes cynotis mites, are very tiny white-colored mites that are a parasite. They cause redness and irritation to the skin inside your dog’s ear which makes your dog scratch non-stop at their ears, dark and waxy discharge, and foul odor.

If you suspect ear mites it is best to take your German Shepherd to the Vet for diagnosis and treatment. You can check for them at home using a magnifying glass and cotton swab. Take a sample from inside the ear and look for little white mites. They will be very tiny and hard to see.

Another step to help prevent and treat ear mites is to clean out the dark debris in the ears which will help eliminate the mites from the inside of your dog’s ears. You can warm water and gently clean the ears with a rag.

German Shepherd Has One Ear Down

There are times that some german shepherd puppies while growing will have one ear up and one ear down. This can be completely normal and should not cause concern for panic. A lot of owners tend to worry if their puppy’s ears will ever stand up.

As German Shepherd puppies grow the pinna (the cartilage in dog ears) will harden which will cause the ears to become erect. The process can take some time and will go up and down depending on several different factors during the growing stage.

However, if you believe there is something wrong with your German Shepherds ear then you should definitely go see your veterinarian for further evaluation.

Does your German Shepherd still have floppy ears at 9 months? If so then this could be a cause for concern if that matters to you. Most of the time German Shepherd ears should be up at 8 to 9 months, yes genetics can be at play can delay or even prevent their ears from standing up. 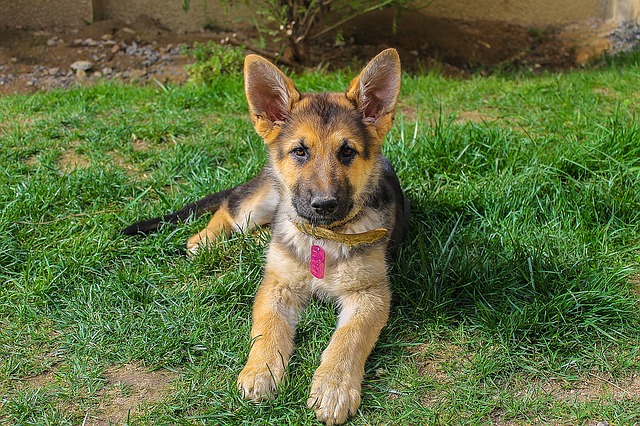 Remember you can still have a full blood German Shepherd that just happens to have floppy ears.

If this is the case then you should definitely begin more drastic measures such as taping and surgery, only if ears standing up is important to you. The main reason people think it is important is if they plan on showing or breeding their dog which could cause a problem in those unique areas.

Personally, I would not worry about it and rather make sure my dog is happy and healthy above their ears standing up. Luckily this is a rare situation anyways.

You may be wondering why you would need to tape your German Shepherds ears and why? First, let’s talk about what is taping.

Taping involves taking your puppy’s ears and taping or molding them in a certain position for a long period of time which will allow the cartilage to harden in that position. The end result should be that if you tape the ears together in an upright position that when the puppy gets older they will have ears that are standing up.

Why and When You Should Tape Your German Shepherds Ears?

Let’s talk about what causes German Shepherd ears to naturally stand up. Every dog has a center part of the ear structure called the Pinna. The Pinna is mostly made up of cartilage which will harden as the dog grows. In some dogs like Boston Terriers and German Shepherds, the pinna is much thicker which allows the ears to stand up naturally. In dogs like the Basset Hound, the pinna is thinner and longer which causes them to have floppy ears.

The German Shepherds pinna usually starts to harden at 6 to 7 months and completes at 9 months. From the time of 5 months, you will see their ears perk up and then go back down several times. Don’t be alarmed during this period because this is usually caused by teething.

Taping is most beneficial during the 7 to 8 month time period for German Shepherds, so the recommendation is that at 7 months you can try taping their ears if they have not stood up on their own by then. I would recommend ruling out other causes before deciding to tape their ears.

Taking your dog to the Veterinarian to have a workup, because parasites such as tape or roundworms can cause your puppy to not absorb essential minerals and nutrients which can result in their ears not standing up.

Once you have had them checked by your Veterinarian, you could try adding some calcium supplement to their diet which will help the cartilage to harden. Sometimes this combined with taping will produce the best results. 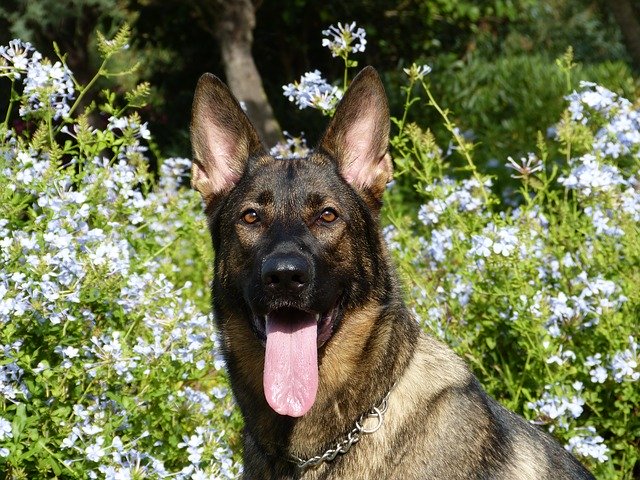 German Shepherds, in general, have ears that will stand up naturally and due to having such big ears, it is best to clean their ears on a regular basis to prevent things such as ear infections and ear mites. I hope you have learned something from this article and please stay and check out our other pet-related articles.