It wasn’t until my second Boston Terrier did I question this fact. We saw his puppy photo after making a deposit and found that he had a small straight tail! We were stunned, so I searched the internet, but I couldn’t find any hard evidence – until now.

This article will provide you with in-depth information, common questions, and all the facts you need regarding Boston Terrier tails.

Are Boston Terriers Born With or Without Tails?

This is probably the most asked question when it comes to Boston Terriers, because most people who have owned one find that they have no tails. That is until they have Bostie that does have a tail do they start questioning if the dog is a purebred Boston Terrier.

After doing some research and calling a local Veterinarian office, I can tell you that yes, naturally some Boston Terriers are born with short or long tails. They can either be curly or crooked, but sometimes straight.

Now the reason you’re under the impression that Boston Terriers have “bobbed” or no tails, is that according to the American Kennel Club(AKC), the Boston Terrier is considered to be a  “Bobbed” Breed. This, however, is strictly a cosmetic issue and DOES NOT mean that if your Boston Terrier has a tail it’s not a purebred. 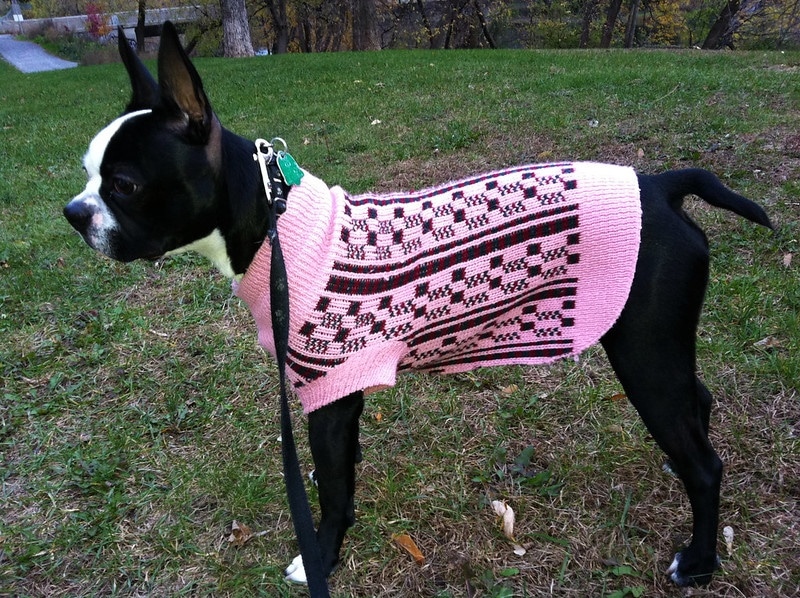 I ran into this issue when buying our Boston Terrier. We were under the impression that this was going to be a full blood Boston Terrier until we saw a pic of its tail. Sure enough, he had a small straight tail.

This was concerning to me but after asking the breeders, they explained to me that a lot of Boston Terriers are born with tails it is just that most breeders ‘dock’ the tails at birth so that they met the AKC’s ‘Requirements For The Breed’.

After doing some further research, I learned that the AKC doesn’t allow you to register Boston Terriers even if they had their tails ‘docked’. This is because they have to be Born without a Tail. This to me is a bad practice by the AKC which needs to be reversed.

We chose not to dock are sweet Boston Terrier because to me it can be a painful procedure especially if not done at birth and cause severe spine problems in the future. Also, we really don’t care if he is ‘Registered or Not’ with the AKC. As long as he is healthy and we know that he is, in fact, full-blooded that’s all that matters.

What Types of Tails Do They Have?

So now that we know that it is possible for Full-Blooded Boston Terriers not docked to have Tails let’s take a look at the different types of tails that they may have.

Boston Terrier with Curly Tail – This is by far the most common type of tail for Boston Terriers with tails. It is generally about 1-2 inches long and is curled up against the bottom.

Boston Terrier with Crooked Tail – This is probably the second most common type of tail for Boston Terriers. It is generally about 2-3 inches long and has a turn about halfway which causes it to point in the opposite direction.

Boston Terrier with Screw Tail – This is a condition that some Boston Terriers are affected by which causes them to have a Tail that is shaped like a Screw.

Note: Screw and Crooked tails may cause issues and pain depending on the severity of the crookedness. It is best to speak to your Veterinarian on how you should proceed with your pet’s tail. 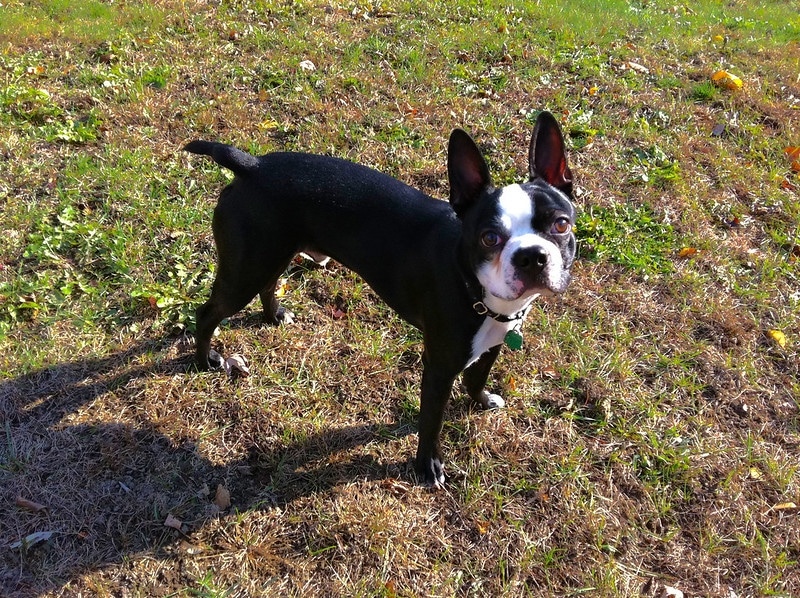 Can Boston Terriers Have Long Tails?

Another common question is are Boston Terriers born with long tails?

If it is any longer then you may need to find out some more about your dogs’ history to find out if your dog is fully Boston Terrier. You can simply ask your Veternarionon your next visit.

I had the same question because my Boston Terrier had a longer more straight tail but it was still barely under the one-third rule. Once he got older the tail didn’t grow as much and he looks more like a true Boston Terrier.

So, due to some Boston Terriers having short and screw tails they are predisposed to tail infections. This occurs when the folds of skin collect dirt and other matter which overtime causes irritation and infection to happen.

Symptoms of a tail infection are usually itching and redness in the area of the infection. Sometimes the tail can have a stench or smell to it from the pus and dead skin. Your Boston Terrier will be irritated by this infection and probably pay constant attention to the area.

How to Treat your Boston Terriers Tail Infection

Treating the tail infection starts with trying to reduce the cause of the infection. Sometimes simply trimming the hair around the tail and infected area will help keep it cleaner and allow the dirt not to collect as much.

Next, you need to wash the area with warm water and antiseptic soap. You can also use an antiseptic spray or wipes.  After that use clean gauze and blot dry the area keeping it dry.

You can apply some soothing cream to help promote healing and reduce the irritation which will make your dog feel better.

If you feel at any moment that the infection is getting worse please consult with your local veterinarian for the best treatment for your Boston Terrier.

So in general, yes, Boston Terriers can have tails at birth. This may not be the case with most of them but it doesn’t mean they are not full-blooded. The tails may come in many different forms such as curled, crooked, or straight, and as long as the tail is not more than one-third the length of the body then you can rest easy knowing you have a full-blooded Boston Terrier.

Some things you need to watch for in Boston Terriers with tails are excessive crookedness which may require surgical intervention to prevent future spinal problems. Other than that enjoy your unique friend as they make excellent pets and companions.